Flood 2022: When dreams were drained!

Flood 2022: When dreams were drained!

When floods were bucketing Sindh’s area, the feared people were tormented by the thought of how to find an escape to safety. The water was all around like armies of foreign invaders, and when the dreaded deluge rolled into with all its force, those whose women were never had witnessed to live others under one roof, they accommodated themselves, most among them found places under the open sky while some 5% of the total displaced were asked to occupy in government school buildings.

2022 flood hits areas that previously were known as safer places. Climate change is emerging as a key driving force behind multiple risks in Pakistan. According to German watch’s 2016 Climate Risk Index, Pakistan has been the world’s eighth most susceptible country to extreme weather events over the last 20 years, and fifth since 2014.

In particular, the frequency and intensity of flooding (including inland and coastal flooding), and drought are all likely to rise. In less than 40 years, annual temperatures are projected to increase by 1.4-3.7°C. We being arid and semi-arid are now witnessing hotter temperatures. Examples of heavy rainfall can be seen from 2011, 2012, 2019, and 2022 monsoon patterns, severely affecting districts of Sindh and Baluchistan.

Though emergencies like Flood 2022 are never new for residents of Sindh they almost either respond to draught, or flood three times in a decade. But during the 2022 rain-induced floods which consequently over flooded the Indus River from its banks and caused flash floods and affected some 13 million people. This catastrophe remains the worst nightmare for the people of Sindh. Displacement, losses of infrastructure, social disfranchising, and economic losses are huge. Food insecurity spread of epidemic diseases is some of the consequences one can witness.  Resilience and coping capacity is always needed to revive normal conditions. In current scenarios, community coping is understandable within the broad social process, as communities and individuals apply similar skills, resources, knowledge, and value system to cope with disasters.

In Sindh, like past, community coping strategy is associated with social capital during the crisis. It is evident from past disaster events that the affluent class in society rushes with assistance what they have within their ability and stand by side of the disaster-affected community, but the current scale of devastation requires collaborative efforts of all national and international stakeholders. The affected Communities are doing their best to get themselves to safer places but it’s not the ultimate solution to their crises in the mid and long term, because they give birth to other new challenges such as food insecurity, protection, nutrition, and WASH.

Traditionally common coping mechanisms of the flood affected is the arrangement of necessities by selling off their assets, reducing their routine food intake, getting their children out of school, and avoiding treatment for common health diseases.

Another area that is risking and contributing to the rural-urban divide, is unplanned migration for work and shelter, safer towns are now overcrowded, and commodities supply is almost at a halt. The farmers and daily wagers mostly with agriculture skills are now prioritizing selling their labor/services in advance, which unfortunately they are not trained to and that means they get very little amount in return. People are reaching out to take loans from microfinance institutions, local money lenders, and borrowing from relatives, most of the time these loans are taken for non-productive activities and they fail to repay.

The displaced population is always concerned about the availability of food and its storage, which they always have little, the meal intake pattern changes, and most of the time they compromised with a reduction of meal frequency and meal size. The current disaster has given rise to high malnutrition rates in children and pregnant women and generally changed their food intake patterns. Not all coping strategies are positive though.

As in-depth we go for losses estimation and affected populations’ immediate need identification, it is noticed that despite local philanthropy, global efforts, activating multiple coordination channels to check the number of hungry and malnourished people, and introducing virtual platforms for need identification and distribution of grants, I am afraid the figure of starving inhabitants is constantly on the rise. Increasing poverty, climate change, and economic recessions require the realization of the seriousness of the situation; the Sindh province strongly needs integrated development to cover the losses and help in the recovery, rehabilitation, and reconstruction phases.

Those who once were active and self-sustained suddenly are converted into dependency, depression and anxiety are common and everywhere. The situation could get worse when winter arrives. It’s the time when they need some support in realizing their dreams, making their lives safe with dignity, and ensuring they are participating and contributing as per their wish and will, as equal and active members of society.

It is the only time when all of the public-private institutions require working together; using their potential, capabilities, and resources collectively with firm commitment and belief in creating a sustainable development model with a consistent and focused approach. 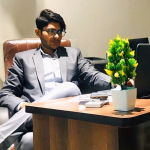